In our sister group, IEP/504 Assistance, parents of children with convergency insufficiency or other visual impairments are being denied eligibility for special education under Visual Impairment (VI) but the US Department of Education’s Office of Special Education and Rehabilitative Services (OSERS) has issued guidance to clarify the eligibility standards for Visual Impairment.

In the 2017 guidance letter from OSEP they go on to clarify the definition of visual impairment:

Under Part B of the IDEA, a child with a disability means a child evaluated in accordance with 34 CFR §§300.304-300.311 as having a disability, and who, by reason thereof, needs special education and related services. 34 CFR §300.8(a)(1). Further, under 34 CFR §300.8(c)(13), “visual impairment including blindness” means an impairment in vision that, even with correction, adversely affects a child’s educational performance.  The term includes both partial sight and blindness  (emphasis added).

While States are permitted to establish standards for eligibility for special education and related services, and are not required to use the precise definition of a disability term in the IDEA, these State-established standards must not narrow the definitions in the IDEA. We recognize that States often adopt common definitions of certain modifiers to guide evaluators in making individualized eligibility determinations. For example, as OSEP noted in our November 12, 2014 letter, “intellectual disability” refers to “significantly subaverage general intellectual functioning,” (34 CFR §300.8(c)(6)), and similarly, the definition of “orthopedic impairment” refers to “a severe orthopedic impairment that adversely affects a child’s educational performance” (34 CFR §300.8(c)(8)). In these cases, because the IDEA does not specifically address the meaning of these modifiers, the IDEA gives States discretion to determine the precise level of impairment that qualifies as “significantly,” and “severe,” respectively, in order for evaluators and eligibility teams to implement these definitions.  (emphasis added)

The most important part of the letter comes next when the author of the letter explains, even with correction, any visual impairment that impedes a child’s educational performance should be eligible.

Visual impairment including blindness means an impairment in vision that, even with correction, adversely affects a child’s educational performance. The term includes both partial sight and blindness. [34 C.F.R. § 300.8(c)(13)]. A determination of Visual Impairment requires verification of a visual impairment by an ophthalmologist or optometrist.

Arizona’s definition of visual impairment meets with the current guidance from OSEP, but with this clarification of guidance concerning visual impairment, I am not sure all the states have implemented this change into their Child Find process.  It is up to the parents to be the best champion and advocate for their child they can be and one of the best ways to do that is to join us on IEP/504 Assistance where you can find this information and many other pieces of excellent advice.  I hope to see you there!

Parent Alliance for Students with Exceptional Students (PASEN) is meant purely for educational or medical discussion. It contains information about legal or medical matters; however, it is not professional legal or medical advice and should not be treated as such.

← Prev: Why Good Visual Processing (all 8 kinds) Is Important! Kindle: A Cheap But Useful Educational Tool → 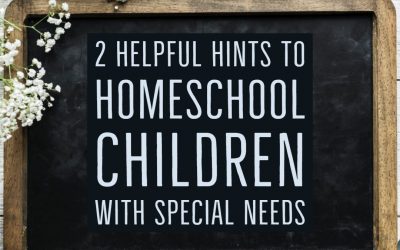 When I first started homeschooling my surviving quadruplets (3 survivors), who all have autism, I felt like I had no idea what I was doing! Honestly, I did not. We both (the children and I) had to “grow” into our styles of teaching and learning. In this post, I will cover 2 helpful, and important, pieces of advice I have for those new to homeschooling their children with special needs:
– you will need about three years to learn your teaching style and your children’s learning style
– you will want to skip box sets of curriculum 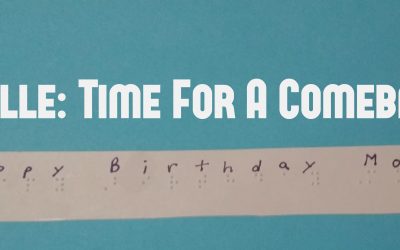 Braille: Time For A Comeback!